THE royal family led tributes to Forces Sweetheart Dame Vera Lynn following her death yesterday at the age of 103.

Dame Vera, the singer of We’ll Meet Again and White Cliffs Of Dover, died at her home in Ditchling, East Sussex, in the early hours.

Her family said they were ‘deeply saddened to announce the passing of one of Britain’s best-loved entertainers’.

Buckingham Palace revealed the Queen would be sending a private message of condolence.

During the war, Dame Vera spent time with the teenage Princess Elizabeth and her family at Windsor Castle.

And in April the Queen echoed Dame Vera’s iconic World War II anthem when she told a nation separated by the pandemic: ‘We will meet again.’

Clarence House paid tribute on Twitter by posting photos of Dame Vera, including her meeting the Prince of Wales and the Duchess of Cornwall.

Hailed as the Forces Sweetheart, she travelled all over the world to entertain wartime troops, often at great personal risk. The British Army said: ‘Today with the sad passing of Dame Vera Lynn, we have lost our Sweetheart.’

In 1995, she took centre stage in front of Buckingham Palace to sing for thousands on the 50th anniversary of VE Day.

Sir Cliff Richard, recalling the event, said: ‘Dame Vera Lynn was truly an icon. She was held in such high esteem and my best, and favourite, memory was sharing a performance with her in front of Buckingham Palace for the VE Day celebrations in 1995.

‘We walked to the stage through a crowd of survivors of that war, and they were reaching out to touch and get a smile from Vera. A great singer, a patriotic woman and a genuine icon.’

Singer Michael Ball tweeted: ‘Her talent was so very rare and special, her service to this country an inspiration to us all and we shall never see her like again.’

Boris Johnson said Dame Vera’s ‘charm and magical voice entranced and uplifted our country in some of our darkest hours’, adding: ‘Her voice will live on to lift the hearts of generations to come.’

A special tribute programme was screened last night on BBC One. Outgoing director-general Tony Hall said: ‘Not only was she dear to many, she was a symbol of hope during the war and is a part of our national story.

‘She demonstrated how music and entertainment can bring joy in the most challenging times. Something that will resonate with many people today.’

Vera Margaret Welch was born in East Ham, east London, in 1917 and made her performing debut at a local working men’s club.

Two years later she joined a juvenile troupe and was running her own dancing school at the age of 15.

By 1935 she was singing on the radio with the Joe Loss band. Two years later, she was performing with the Ambrose Orchestra, which played in West End clubs.

When war broke out in 1939 she was 21, and had appeared on early, experimental television alongside regular radio broadcasts.

During the Blitz, she would go to the BBC’s underground studios in central London and sing in the 15-minute show called Starlight, which was broadcast to soldiers around the world. 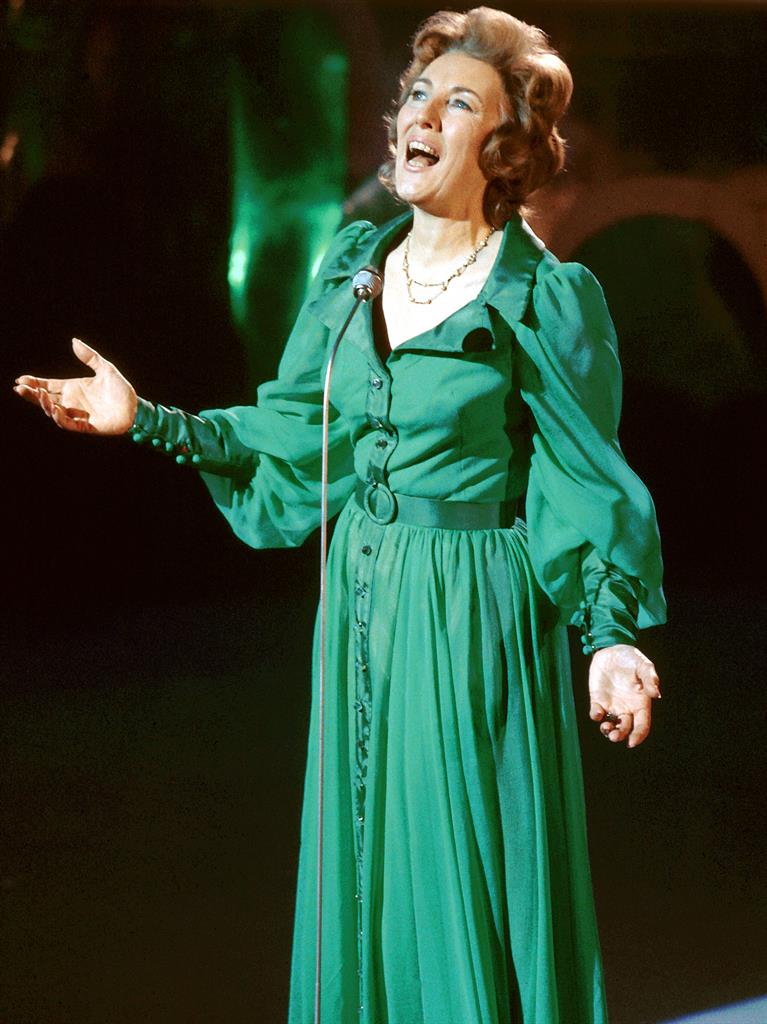 As part of celebrations for her 100th birthday in March 2017, a giant image of Dame Vera was beamed on to the white cliffs of Dover.

In later years her live performances would often end with a cover of Abba’s Thank You For The Music and in the ’70s she recorded a country album in Nashville.

As well as performing at military bases during and after the war, Dame Vera supported veterans’ charities, including the Royal British Legion.

In 1991, she played a key part in forcing the government to end the anomaly under which a war widow who lost her husband after 1973 received a far higher pension than the widow of a soldier who died before that date.

She was also a proud holder of the Burma Star and regularly attended the Burma veterans’ annual reunions.

Dame Vera was outspoken in her opposition to the Duke of Edinburgh attending the funeral of Japanese emperor Hirohito in 1989. She felt it was wrong Prince Philip should go since he was president of the Burma Star Association.

A dame since 1975, in 2016 she became a Member of the Order of Companions of Honour in the Queen’s birthday honours, for her services to entertainment and charity.

Her daughter Virginia Lewis-Jones has told of her pride in her mother’s charity work, especially as founder and president of the Dame Vera Lynn Children’s Charity, which helps children with cerebral palsy.

‘There was no one else raising funds to help at that time, so it was groundbreaking work,’ she said.