BREWDOG has teamed up with an environmental charity to launch a Donald Trump-inspired beer aimed at raising awareness of climate change.

It was inspired by Mr Trump’s decision to pull the US out of the Paris climate agreement and a case has been sent to the White House. 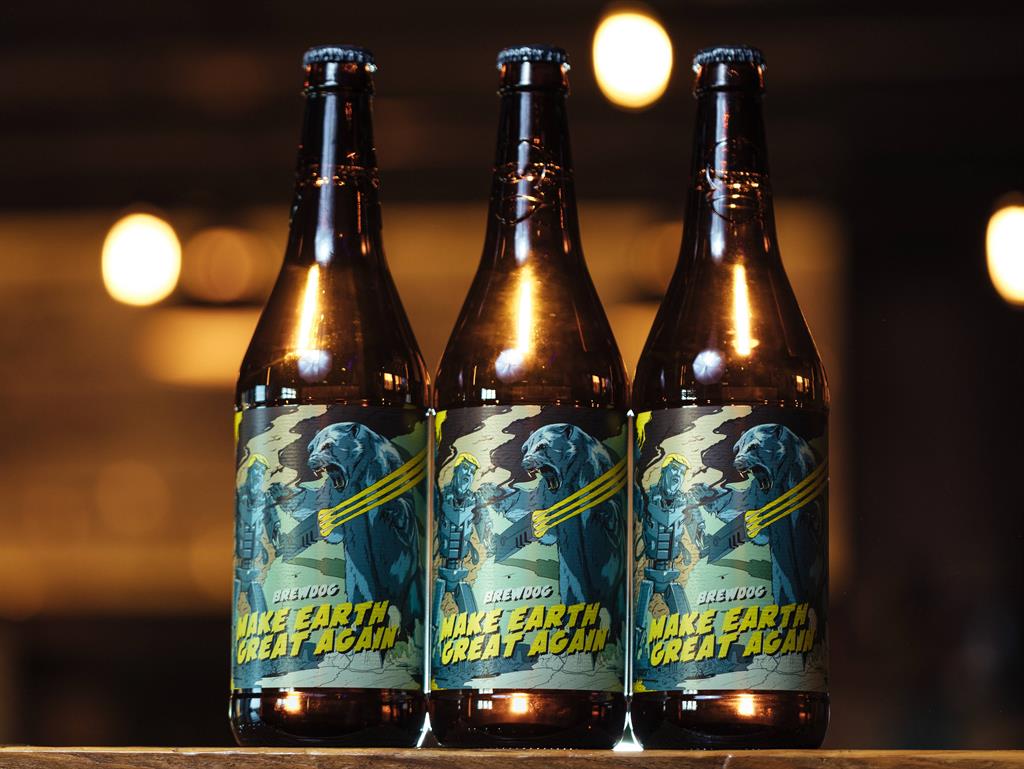 All proceeds from the beer will be donated to the charity 10:10 to help fund projects that focus on tackling climate change.

BrewDog co-founder James Watt said: ‘Make Earth Great Again is a reaction to declining interest from notable world leaders to the biggest issues facing our planet and civilisation. Beer is a universal language, with the capacity to make an impact the world over.’

Alice Bell, at 10:10 Climate Action, said: ‘We often say that one of the more powerful things you can do to tackle climate change is talk about it. And what better way to start those conversations than a bottle of beer?’