RELATIVES of a 98-year-old World War II veteran have released a picture of him fighting for his life in hospital after he was robbed in his home.

Ex-telephone engineer and widower Peter Gouldstone is hooked up to tubes after suffering serious injuries, including two bleeds on the brain.

His son Simon, 67, found him in a ‘semi-conscious state’ in his bedroom in Enfield, north London, on Tuesday. 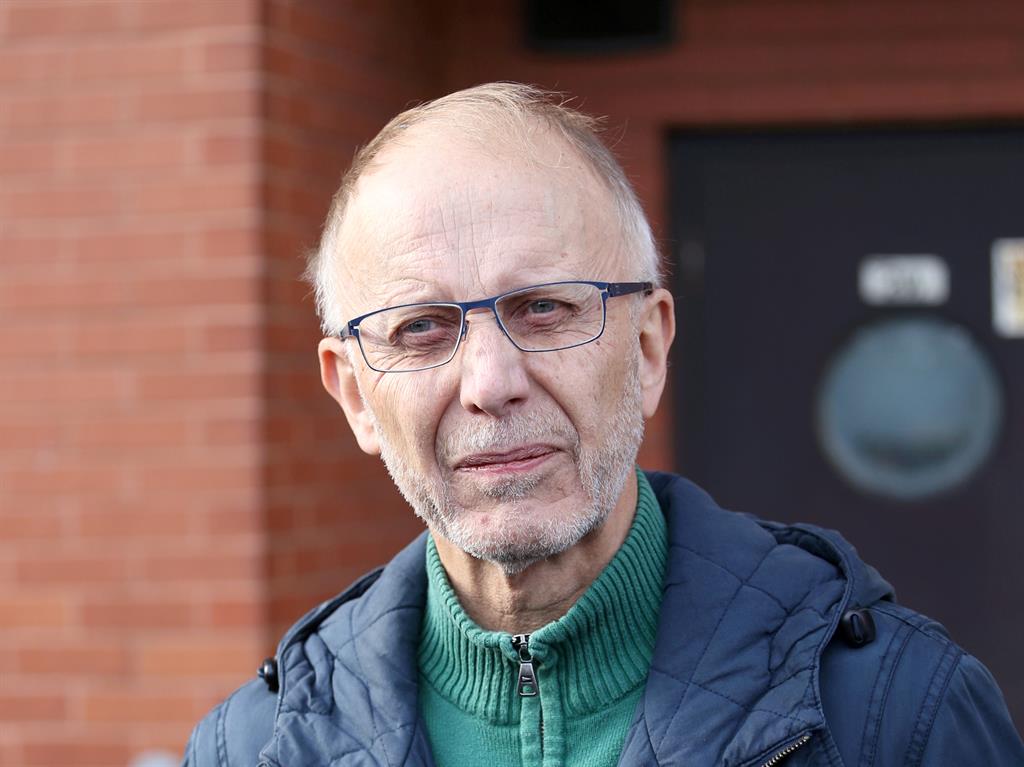 The former civil servant (pictured) was alerted to a broken back door by a neighbour. He said: ‘I smelt a rat because the house was very cold, he was in amongst quite a lot of turmoil.

‘He couldn’t communicate, he had bruising on his arms and face. I don’t know how they can live with themselves. The sooner they’re locked up the better.

During the war, Mr Gouldstone was recognised for his ‘gallant and distinguished service’ in Italy with the Royal Corps of Signals.

He then worked for the Post Office before his retirement around 1980.

Mr Gouldstone has lived in the house for more than 60 years, and neighbours said he was rarely seen outside after the death of his wife of 65 years Joan several years ago. The couple also had a daughter.

Neighbour Pio Gomes, 78, said: ‘It’s worrying. It’s callous, who could have done this to an old man like him?’

Police said a 26in Panasonic TV was taken in the ‘brutal and senseless’ robbery and are keeping an open mind as to whether more than one attacker was involved.

Det Insp Paul Ridley added that, if the neighbour had not raised the alarm, ‘it’s almost certain Mr Gouldstone would have succumbed to his injuries’.