T-Rex headlined the first ever Glasto — then called the Pilton Pop, Folk & Blues Festival — laid on by farmer Michael Eavis on September 19, 1970, the day after the death of Jimi Hendrix. It cost £1 to get in (which included free milk from Worthy Farm) and had around 1,500 attendees — not enough for Eavis to draw a profit. 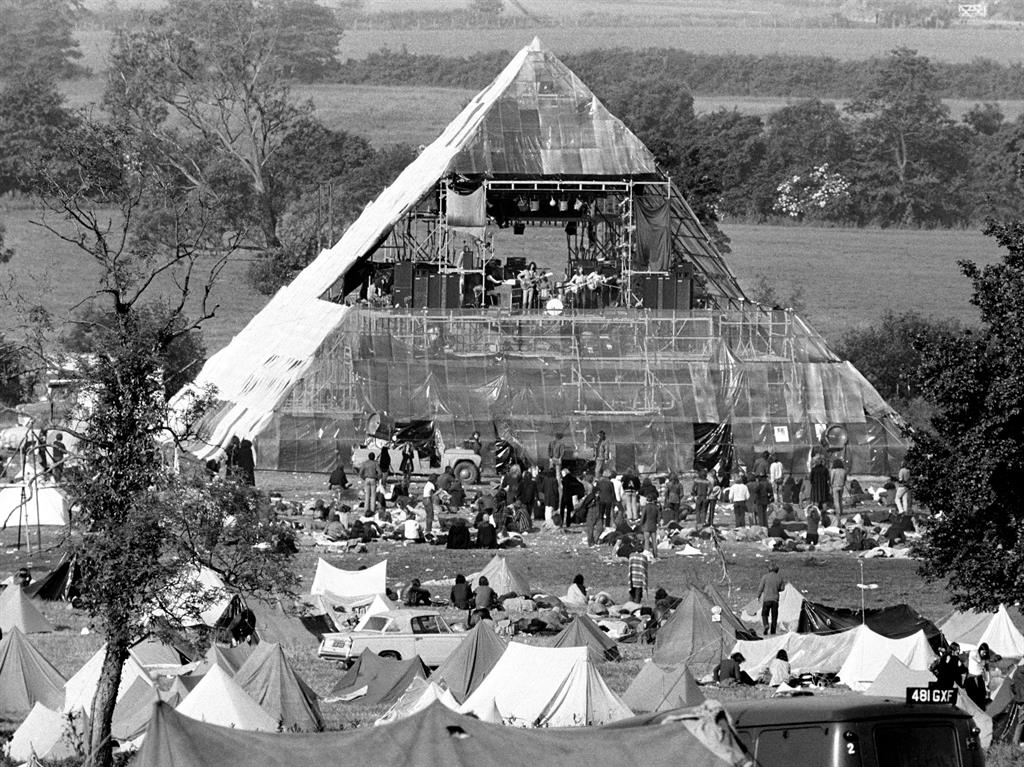 ‘Glastonbury Fayre‘ in June 1971 was more like the Glastonbury we know today, with 12,000 revellers attending, including John Craven, who captured footage of police looking on with binoculars from neighbouring bushes for a news report. There was drug taking, naked dancing and much more good-natured hippydom. 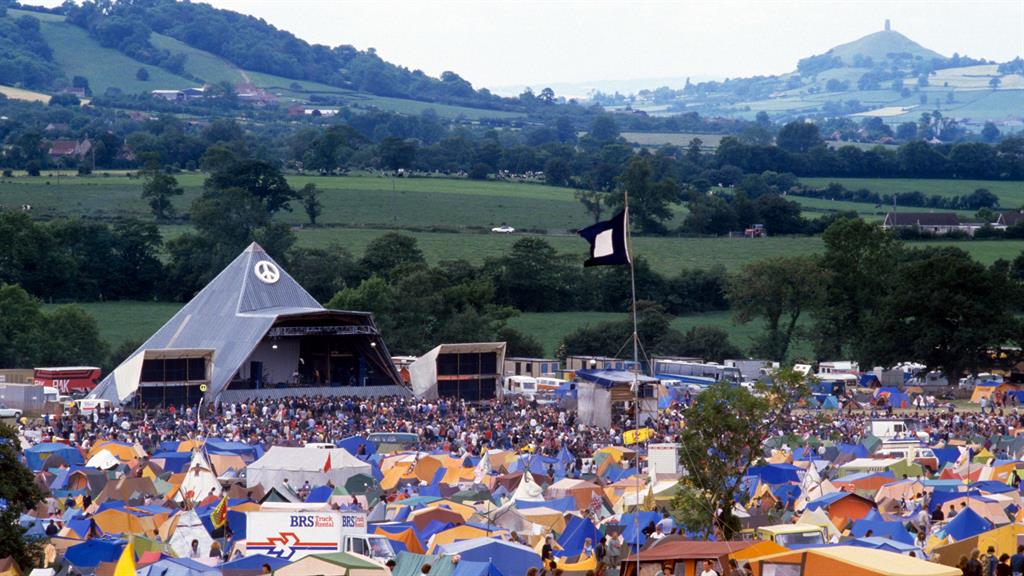 After successfully defending five legal actions from the council for contravening its licence the previous year, 1984’s Glasto saw 35,000 people pay £13 to attend what was largely still a hippy festival. And they didn’t take too kindly to The Smiths, who were a different type of act from what they were used to. Shortlist, however, says this set ‘helped to alter the course of the festival towards what became known as indie music’. 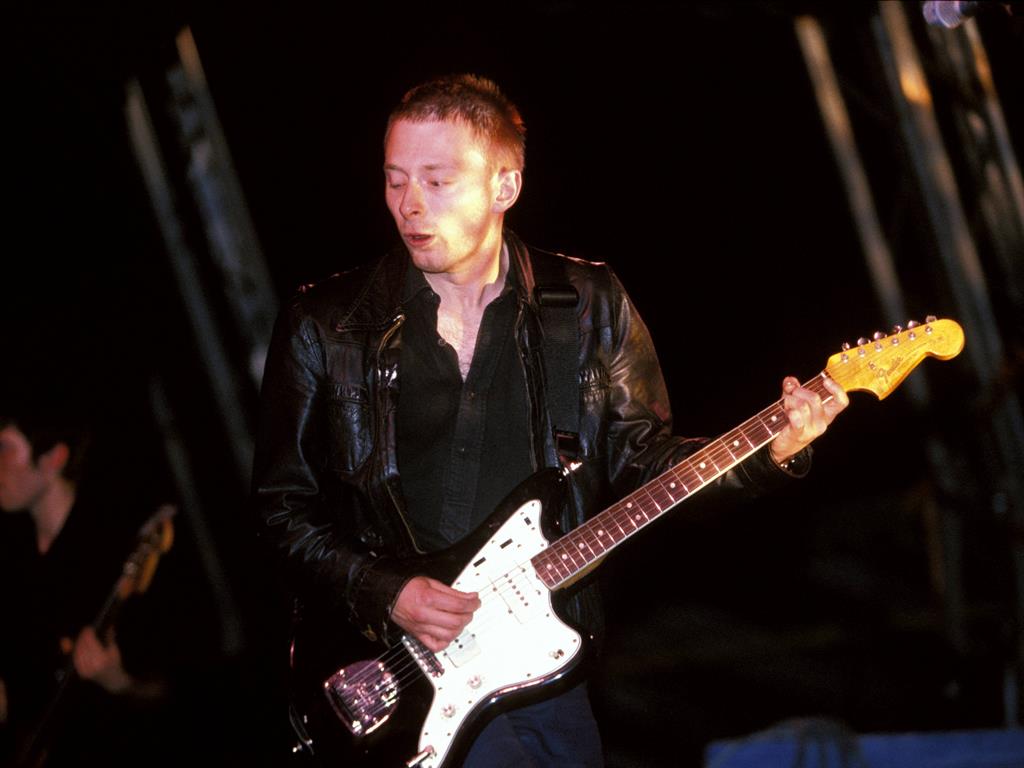 With their equipment malfunctioning and lead singer Thom Yorke on the verge of a meltdown, Radiohead headlined the 1997 festival on Saturday night, shortly after releasing their landmark album OK Computer. Guitarist Ed O’Brien subsequently described the performance as ‘like a form of hell’. 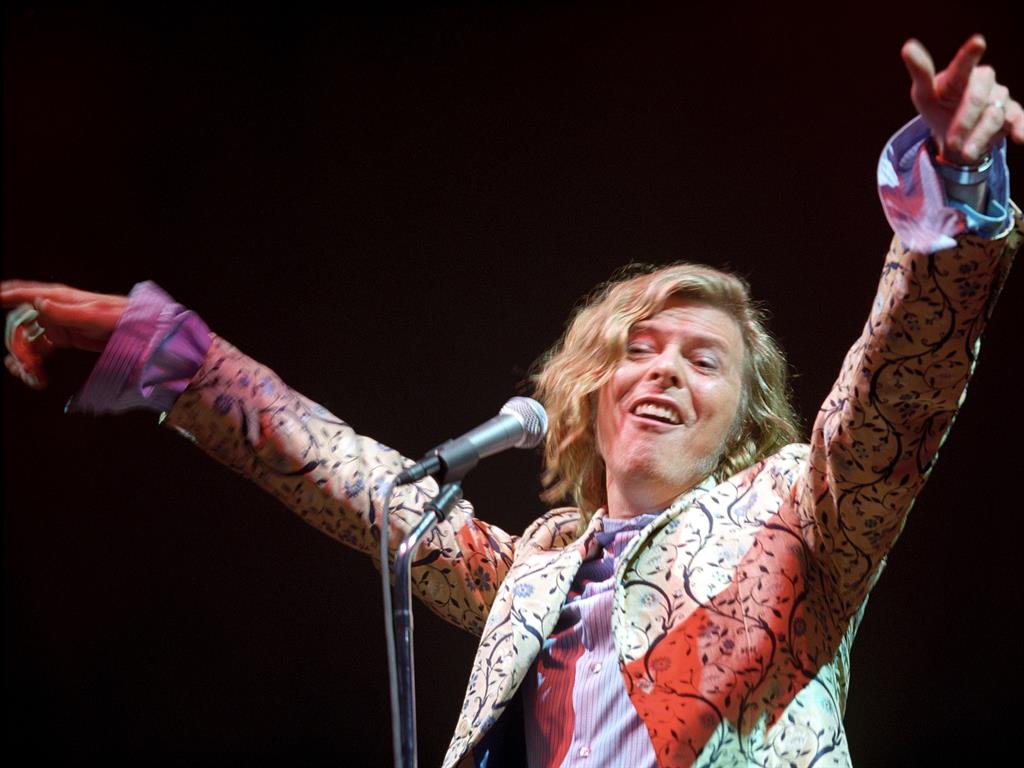 David Bowie’s Sunday night closing show on Glastonbury’s Pyramid Stage in 2000, in front of a crowd swollen to more than 200,000 by fence-jumpers, is the stuff of legend. Despite a loathing of ‘greatest-hits sets’, Bowie played 21 classics, and loved it so much he even released it as a live album. 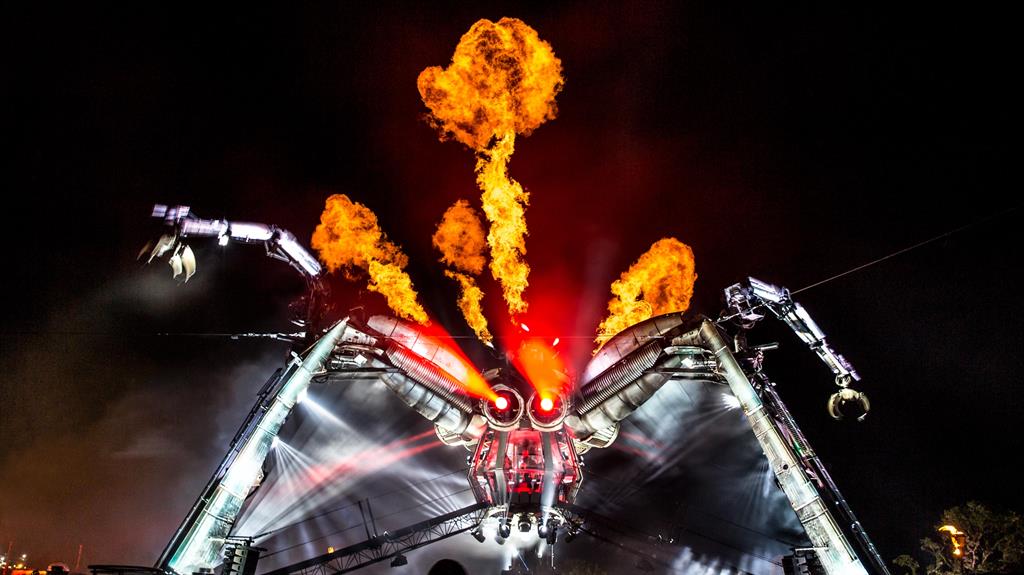 Performance art is a huge part of Glastonbury and the 50-tonne giant fire-breathing Arcadia spider — made from reused machinery and industrial components — was a mainstay until it was retired in 2018. 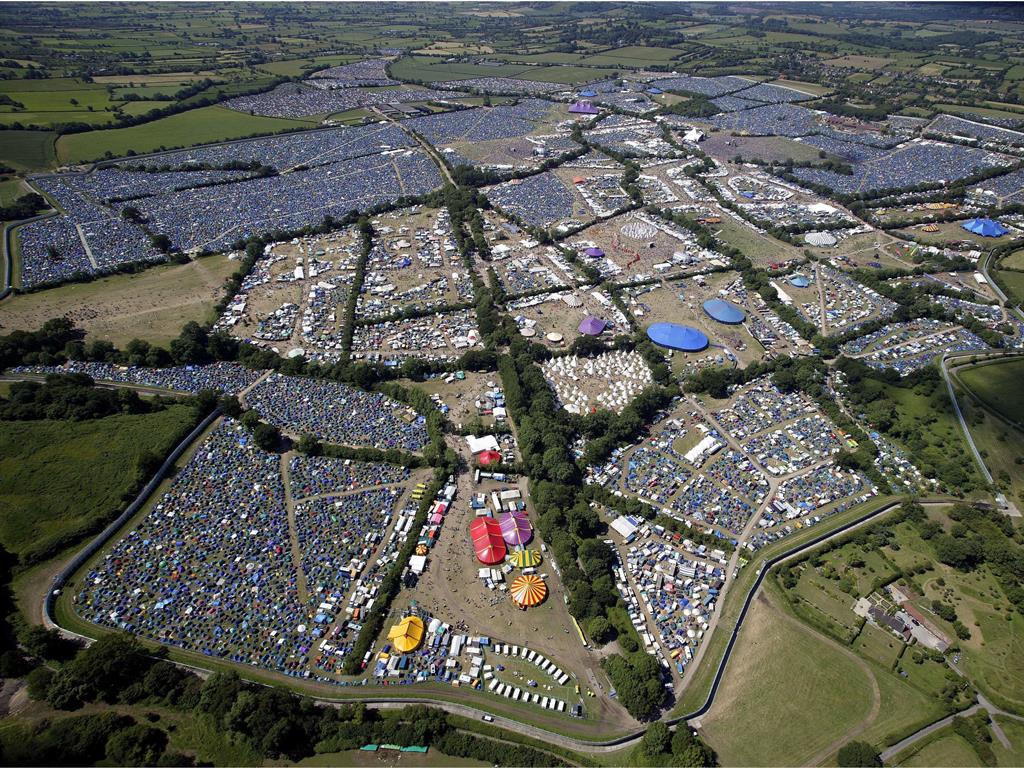 You need to see Glastonbury from the air to appreciate its size. In 2004, 150,000 people attended, paying £112 to see performers including Paul McCartney, Muse, Oasis, James Brown and the Scissor Sisters. More than £1million was raised for Oxfam, Greenpeace, Water Aid and other charities. 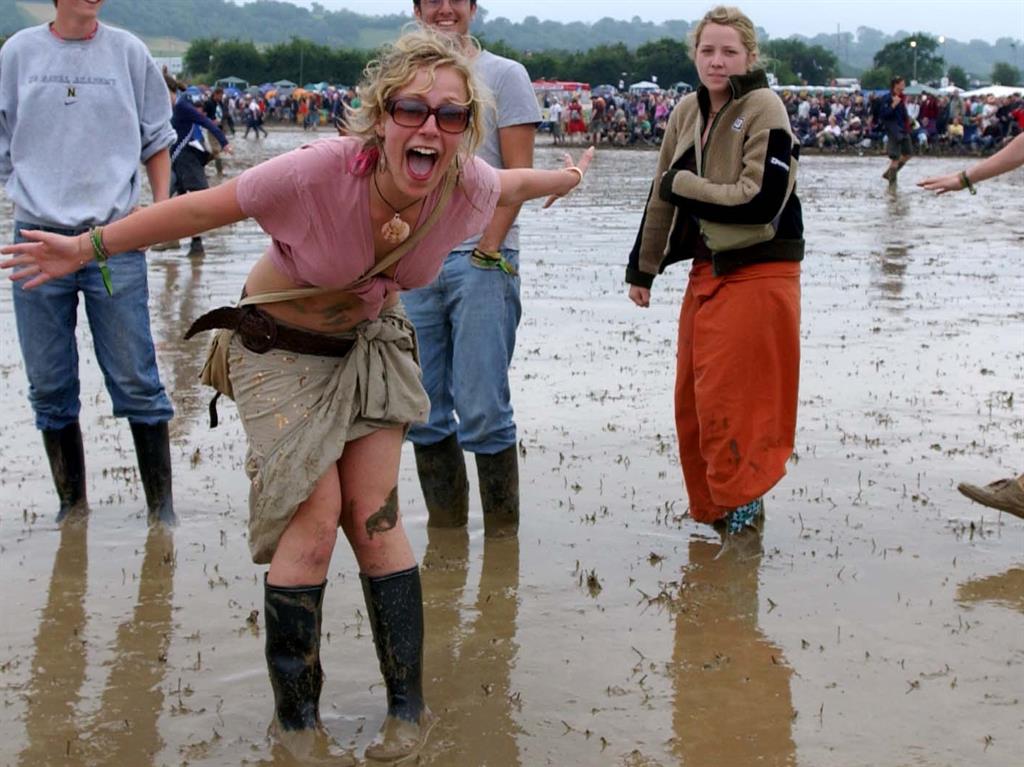 Tickets sold out in under three hours and 153,000 were on site in 2005 to bear witness to two months’ worth of rain falling on Worthy Farm in a matter of hours. The Dance Village debuted, as did the John Peel stage, and £1.35million was raised for charity. Despite much of the site becoming a quagmire and some people even taking to dinghies, organisers proclaimed it ‘the happiest festival yet’. 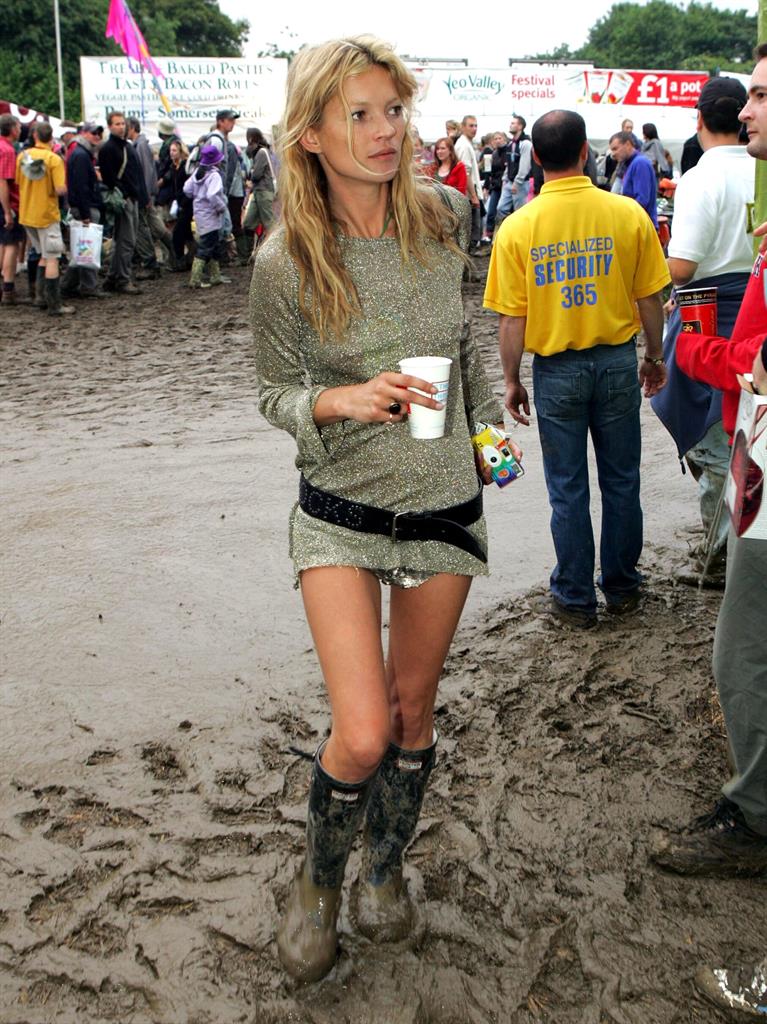 Kate Moss’s attendances at Glastonbury — most famously in 2005’s mud, clad in hot-pants, a waistcoat and Hunter wellies — singlehandedly made ‘festival dressing’ a thing. 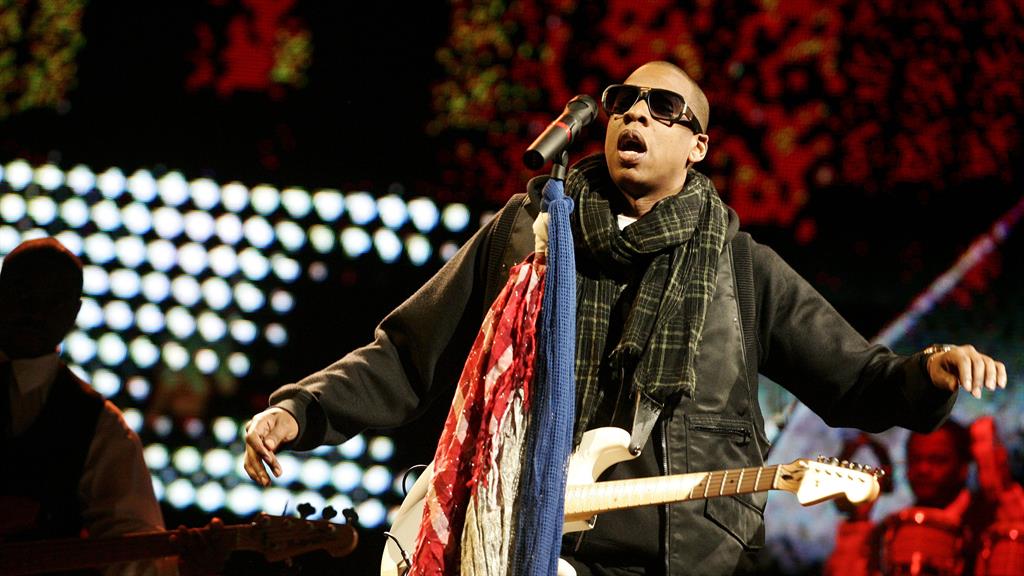 The announcement of Jay-Z as a headlining act at Glastonbury 2008 got some people all rattled, like Noel Gallagher who said: ‘I’m sorry, but Jay-Z? No chance… Glastonbury has the tradition of guitar music … I’m not having hip-hop at Glastonbury. It’s wrong.’

With Jay-Z’s headline set going down in music history, the only thing wrong was Gallagher.