THIS year’s Glastonbury Festival will feature what is thought to be the world’s first 4G-connected smart tent, featuring a mini fridge, live streams of performances and a security system.

Revellers will find the fridge can tweet when stocks are running low, and live streams of six stages from across the 900-acre site.

There is voice controlled LED lighting and music for a disco, along with solar powered Wellington boot warmers to dry out wet footwear if it rains.

A security camera inside the tent — which will also act as a 4G wi-fi hotspot — will live stream via an app for campers to keep an eye on their belongings. There is also some virtual reality to be experienced in the tent, which has been launched by EE. 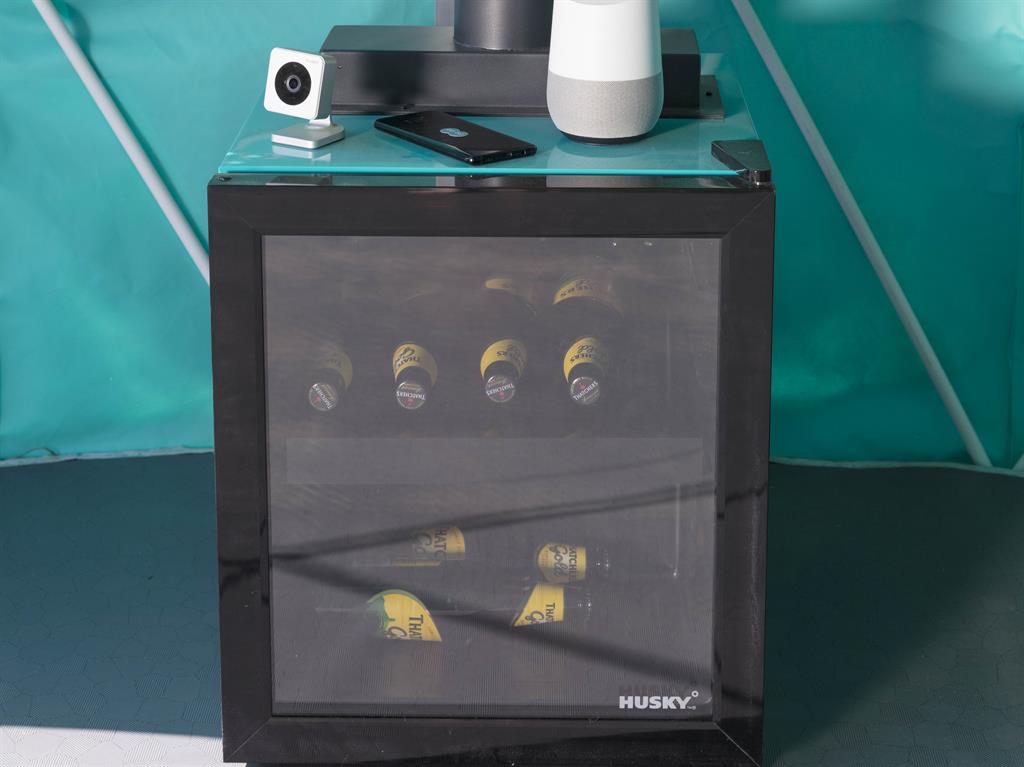 The telecoms giant is running a Twitter competition for one festival-goer and a friend to stay in the tent on Friday.

The prize includes access to the side of the Pyramid Stage during a performance and breakfast in bed.