A RECORD number of migrants seeking refuge in Britain made it across the Channel in 27 small boats yesterday as Boris Johnson vowed Britain will no longer be a ‘target and magnet’ for human-traffickers.

At least 409 people including babies and children completed the perilous journey from France, to be met by massed ranks of Border Force officials.

Boats were spotted landing at beaches up and down the Kent coast as the total surpassed this year’s previous daily high of 235 people in 17 vessels, witnessed on August 6. 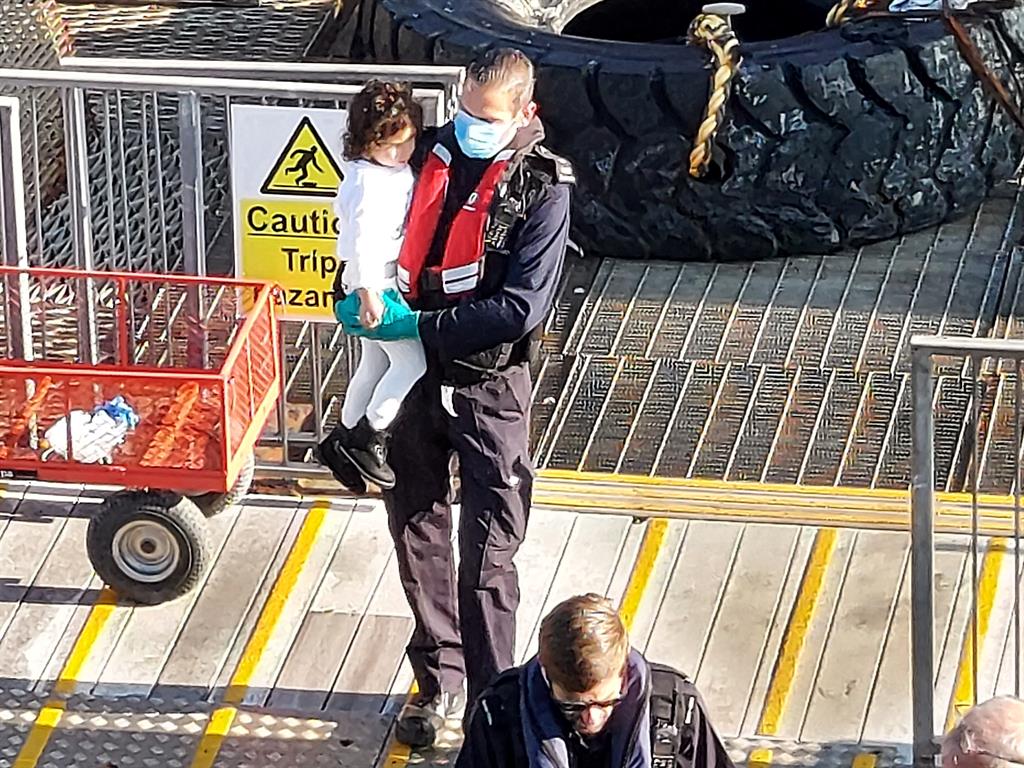 More than 1,450 migrants are known to have reached Britain’s shores in small boats last month.

Speaking in the Commons, the prime minister said: ‘I have a great deal of sympathy with those who are so desperate as to put their children in dinghies or even paddling pools and try to cross the Channel. But I have to say what they’re doing is falling prey to criminal gangs and they are breaking the law.’

The PM said he would use Brexit to bypass EU rules that can make it difficult to send asylum-seekers back to safe countries they have passed through.

He added: ‘We will address the rigidities in our laws that make this country a target and a magnet for those who would exploit vulnerable people.’

The Home Office minister Chris Philp revealed officials are working to return around 1,000 people who have illegally entered Britain after claiming asylum in another country.

But Labour’s shadow home secretary Nick Thomas-Symonds said the government’s approach was ‘defined by a lack of compassion and a lack of competence’.