IT’S not much to look at… just a tatty old cardigan.

But never mind the stains, cigarette burn, missing button or the fact that it hasn’t been washed for almost 26 years, this acrylic and mohair top has just become the most expensive sweater ever sold at auction after fetching £260,388 ($334,000).

It was worn by Kurt Cobain during Nirvana’s iconic 1993 appearance on MTV Unplugged. And it went under the hammer during a two-day sale of rock memorabilia at the Hard Rock Cafe in New York. 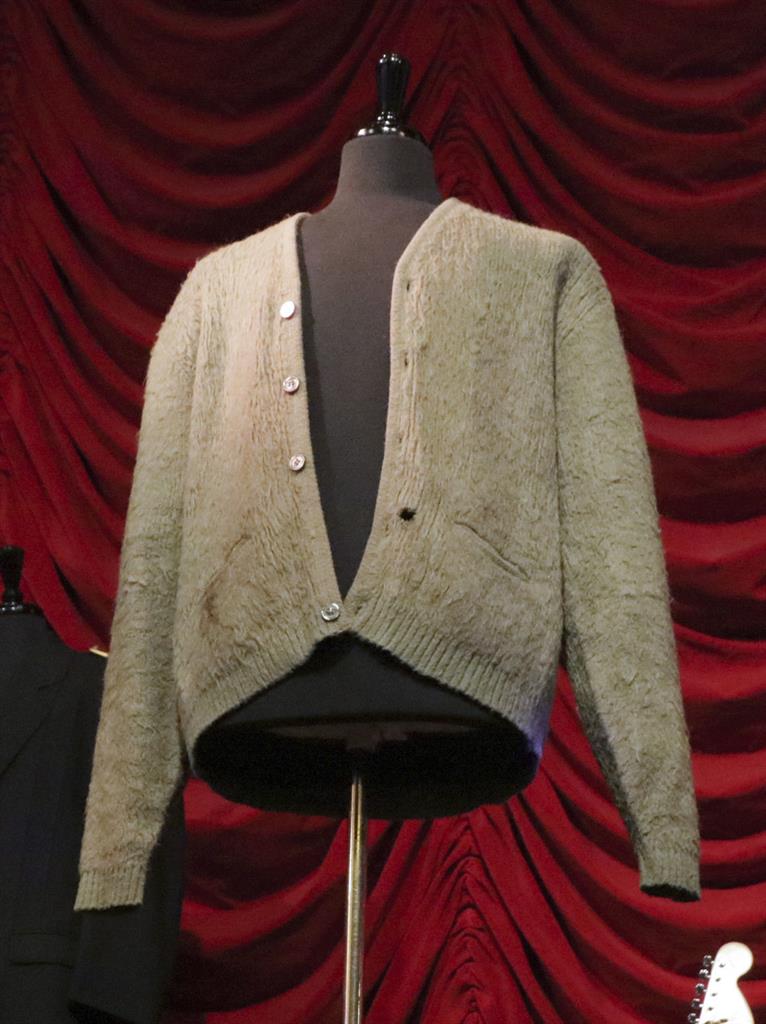 Nirvana’s MTV Unplugged gig was recorded at Sony Music Studios in front of a live audience five months before Cobain killed himself on April 5, 1994.

The olive green Manhattan brand cardigan was described by Julien’s auctioneers as ‘one of the most famous sweaters in music history’ and ‘the holy grail of any item of clothing he ever wore’.

A custom 1993 Fender guitar used by Cobain during Nirvana’s In Utero tour was also sold at the auction, fetching £265,066. Accompanying the turquoise, left-handed guitar was a handwritten letter signed by Cobain’s wife Courtney Love, saying it was one of her husband’s favourite instruments.