IT WAS a turbulent 10 years packed with political turmoil.

The public went to the polls in four general elections and a referendum that divided the nation and shaped the decade’s later years.

But it was the dozens of lives lost in the Manchester Arena bombing, the Grenfell Tower blaze and a series of violent attacks across the capital that saw the decade defined by terror and tragedy. 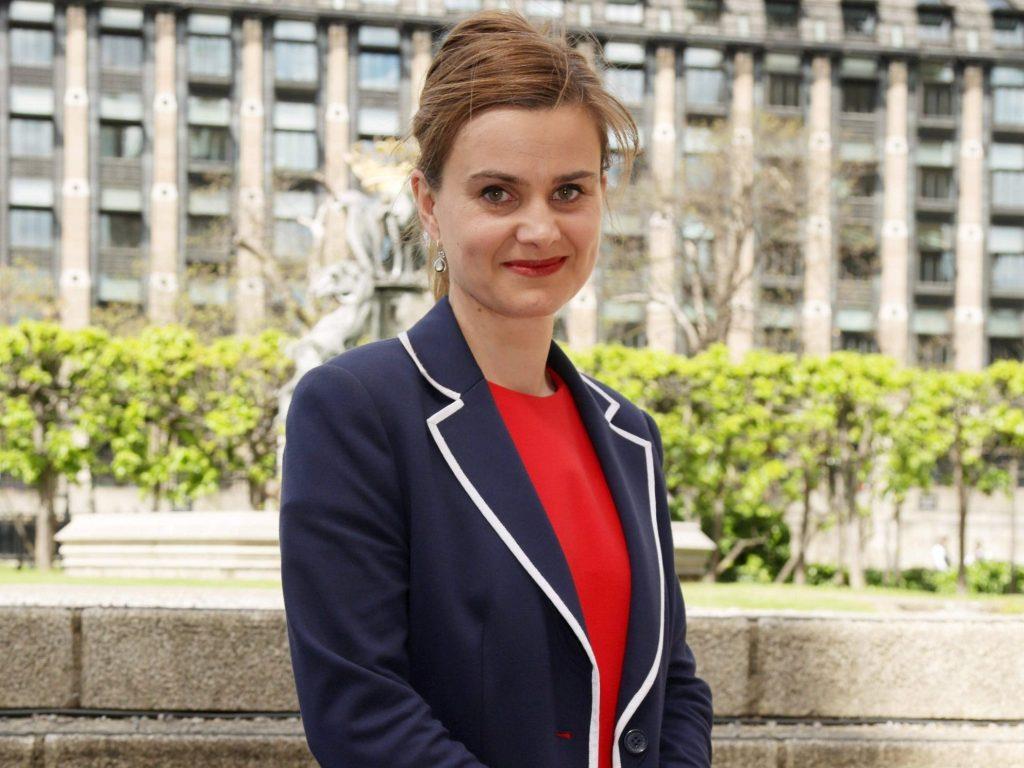 The shocking deaths of MP Jo Cox (pictured above) — shot and stabbed to death by neo-Nazi Thomas Mair in her constituency in 2016 — and Fusilier Lee Rigby — rammed with a car before being hacked to death in 2013 — horrified the nation.

Relatives and survivors are still searching for answers after the inquiry’s phase one report, published more than two years after the tragedy, found the London Fire Brigade’s preparation for a tower block blaze to be ‘gravely inadequate’. 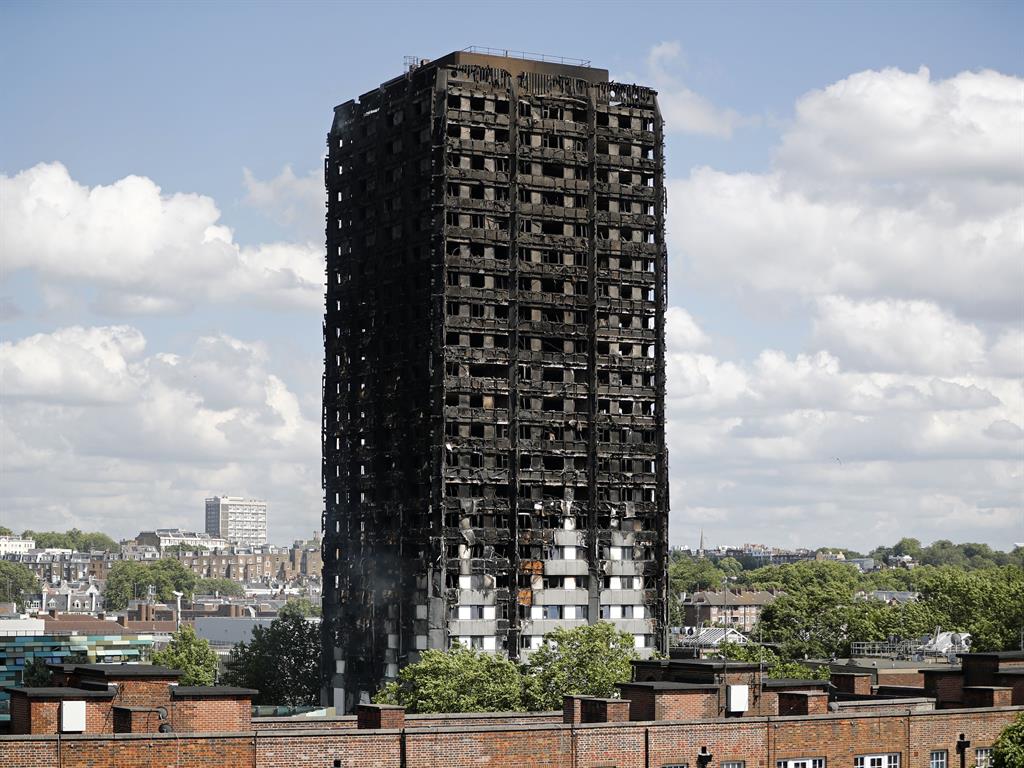 The second stage of the public inquiry is due to begin early next year.

In 2017, election campaigning was suspended for three days when 22 lives were claimed following an explosion at an Ariana Grande concert.

London Bridge, Westminster and Finsbury Park all became targets for terrorists in the same year, making it one of the most significant of modern times.

Dramatic changes to the UK’s political landscape began in 2010, when the Conservative Party gained power for the first time since 1997 in coalition with the Liberal Democrats.

After months of arguments, offers and confrontations, Scotland voted to remain in the UK in the Scottish independence referendum in 2014.

David Cameron returned to Number 10 as the head of a majority government the following year, delivering a crushing blow to Labour’s Ed Miliband and Liberal Democrat Nick Clegg, who both went on to quit as party leaders.

Also in 2015 the shocking image of the body of three-year-old Aylan Kurdi lying face down on a Turkish beach made headlines across the world at the height of the European migrant crisis.

The biggest political controversy of the decade was the UK voting to leave the EU after 52 per cent of the public supported Brexit in 2016.

It was a victory for then Ukip leader Nigel Farage, who became one of the most recognisable political figures of the decade, and a humiliating defeat for Mr Cameron, who brought an abrupt end to his six-year premiership with a hasty resignation. 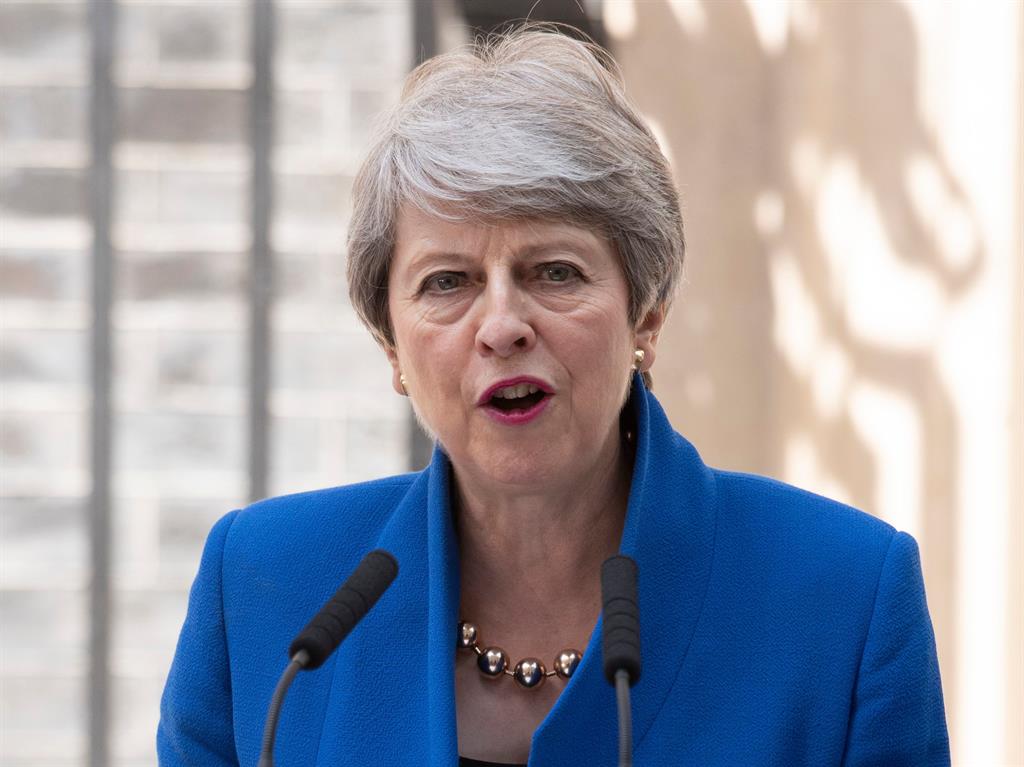 Divisions deepened during the tenureship of Theresa May (pictured above), who will be remembered for her failure to deliver Brexit, and Boris Johnson, who took the public to the polls for the first December general election in nearly a century.

Mr Johnson promised to lead a ‘One Nation’ government and urged people ‘to find closure and to let the healing begin’ following a landslide Tory victory that saw the party win its biggest majority in Westminster since the 1980s under Margaret Thatcher.

Brexit was not the only political upset during the decade. 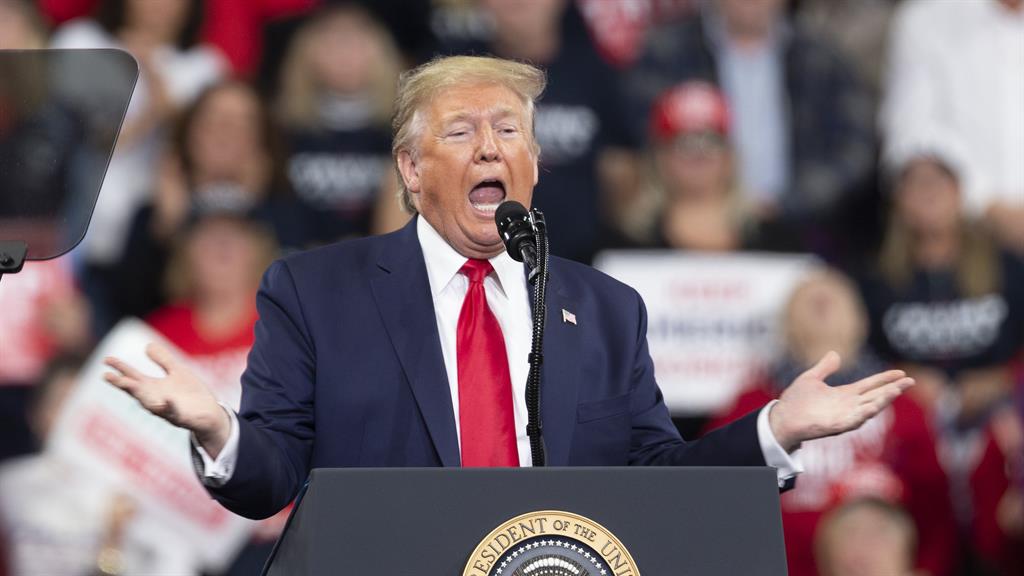 After 18 months of campaigning — often bitter, frequently bizarre and sometimes barely believable — Donald Trump (pictured above) triumphed over Hillary Clinton and was elected president of the United States.

It was a decade when people woke up to the realities of the climate crisis and the world’s nations united for the historic Paris climate agreement.

Spells of flooding destroyed homes while the ‘Beast from the East’ froze the British isles in 2018, just a year before the UK recorded its hottest day on record.

An explosion of social media usage was not without its controversies. The 2018 Cambridge Analytica scandal rocked the tech industry when an investigation found data from millions of Facebook profiles had been harvested to influence choices at the ballot box.

WikiLeaks co-founder Julian Assange spent seven years of the decade seeking asylum in London’s Ecuadorean embassy to avoid extradition to Sweden on a rape allegation he had always denied.

Swedish authorities discontinued the rape investigation in November but, after being dramatically removed from the embassy building in April, Assange was jailed for 50 weeks in May for breaching his bail conditions.

The cathedral city of Salisbury became the unlikely location for an attempted assassination in March 2018. Former Russian military officer Sergei Skripal and his daughter Yulia were both left seriously ill after being exposed to Novichok — thought to have been smeared on his front door.

Police linked the attack to another poisoning some months later, when Dawn Sturgess died in hospital after handling a contaminated perfume bottle.

Extraordinary accusations and denials followed when two Russian men were accused of carrying out the attack, which Mrs May said had ‘almost certainly’ been approved by the Kremlin. Russian diplomats were kicked out of more than 20 countries in a show of solidarity following the attack.

Mark Duggan’s death at the hands of a Metropolitan Police marksman sparked nationwide riots and days of unrest in summer 2011, as buildings were set alight and protesters engaged in stand-offs with riot police.

A worldwide movement began in 2013 using the hashtag #BlackLivesMatter to protest against the police treatment and systemic racism of black people.

Officers have been deployed in their masses for a series of protests across the decade, including at demos against student fee increases in 2010, anti-Brexit marches and, most recently, action staged by Extinction Rebellion.

Questions were asked over the actions of police and other authorities following the exposure of child sexual exploitation rings in Rochdale and Rotherham.

The 2012 murders of schoolgirls April Jones, five, from Machynlleth in west Wales, and Tia Sharp, 12, from south-east London, prompted an outpouring of grief. 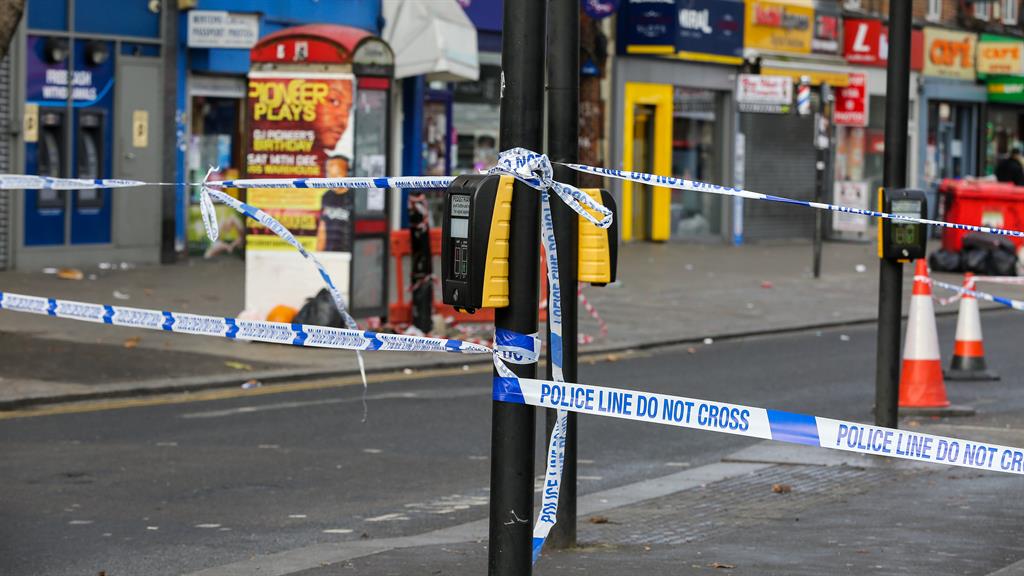 And police forces found themselves under pressure from a rise in knife crime, with scores of teenagers stabbed to death on the nation’s streets in recent years.

Tony Blair gave evidence to the Chilcot Inquiry twice, in 2010 and 2011. The long-awaited report criticised the actions of the former prime minister and other leading politicians and senior officials when it was published in 2016.

The actions of the press also came under scrutiny in Lord Justice Leveson’s inquiry into media standards. A series of revelations about phone hacking saw the closure of the News Of The World in 2011 and recommendations were made about the future of press regulation.

Despite some years filled with devastating lows, Britain gloried in a string of dramatic highs in 2012. The country became a sea of red, white and blue for the Queen’s Diamond Jubilee, ahead of the Olympic and Paralympic Games held in the capital later that year.

The Queen made her acting debut in the London 2012 blockbuster opening ceremony which enchanted millions of viewers around the world.

Interest in the royal family rose in 2011, when a then 28-year-old Prince William married Kate Middleton in a fairy-tale wedding held at Westminster Abbey. 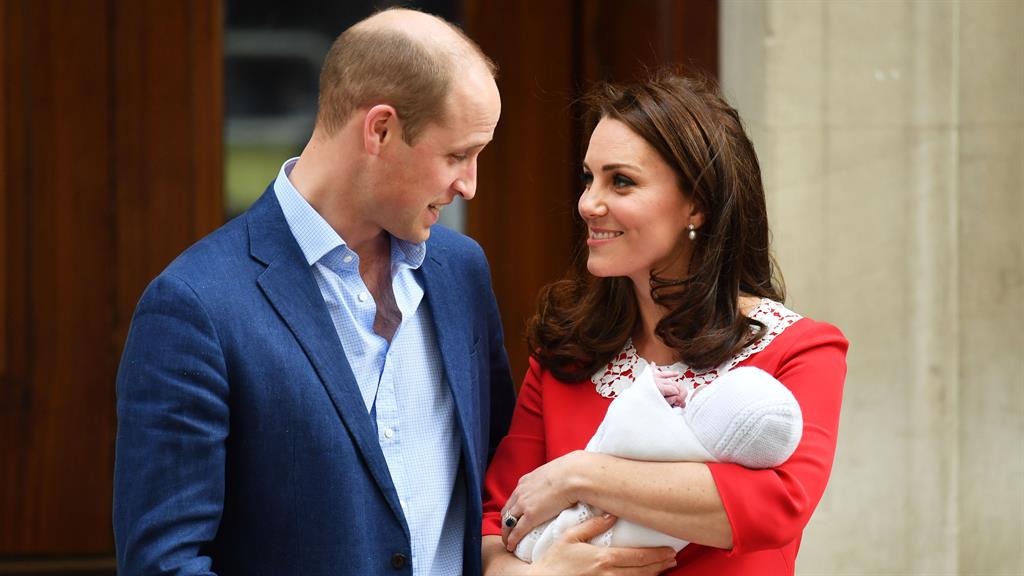 And the nation caught a first glimpse of a future king when their first son Prince George was born in 2013 (pictured above).

All eyes were on a second royal wedding some seven years later, when Prince Harry married American actress Meghan Markle in a lavish and star-studded ceremony at Windsor Castle that was watched by millions on both sides of the Atlantic.

Big Ben stopped chiming in 2017 for the undertaking of major repair conservation work, expected to run until 2021. It is expected to be the longest silence for the bell, which did not chime for two years during the First World War.

Some 888,246 hand-made ceramic flowers provided a scene of remembrance in November 2014 as the nation marked 100 years since the start of the First World War. There were also events for the 70th anniversary of D-Day, with elderly veterans making what was for many their last visit to Normandy to commemorate the events of June 6 1944.

The decade’s sense of tragedy and terror was felt across the world in a string of international attacks.

Anders Breivik, disguised as a policeman, killed 77 people in two separate gun attacks in Norway in 2011.

Paris became a target for terrorism in 2015, when gunmen stormed the building of satirical magazine Charlie Hebdo and months later targeted the Bataclan concert hall.

The same year Britain joined air strikes on IS targets in the war-torn country of Syria after MPs voted in favour of extending military action from Iraq.

In 2016, some 32 people were killed in terror attacks on Brussels and more than 80 were murdered in Nice when a lone terrorist drove a lorry into crowds celebrating Bastille Day.

A black cloud hung over the entertainment industry in a decade rocked by scandals over sexual harassment and the #MeToo movement. 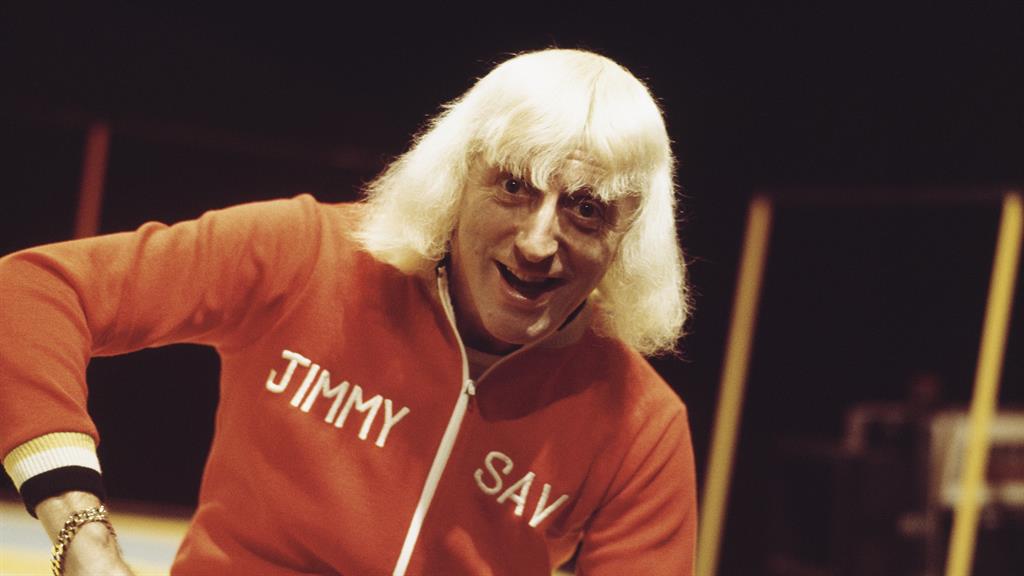 Former entertainer Jimmy Savile (pictured above) was exposed as a serial child sex abuser in 2012, leading to the launch of Operation Yewtree, a criminal investigation into widespread sexual abuse.

Allegations against movie mogul Harvey Weinstein began to emerge in October 2017 — claims he has denied. The story developed as more women began to share their stories of harassment and assault in Hollywood and beyond.

The decade closed with the murders of Cambridge University graduates Jack Merritt, 25, and Saskia Jones, 23, at the hands of convicted terrorist Usman Khan during a prisoner rehabilitation event in London on November 29.

The attack came just weeks after the UK’s terrorism threat level was downgraded to ‘substantial’ from ‘severe’.

As he begins a new term as prime minister, Boris Johnson has promised tougher sentences to ensure terrorists spend longer in prison.

But with the nation divided over one of most contentious political issues of modern times, Mr Johnson’s top priority will be to keep his promise to end Brexit uncertainty by ensuring Britain starts the new decade by leaving the EU as soon as possible.