STUDENTS say new ‘studio pods’ they have been allocated to live in are so cramped they are not fit for humans.

A block of 21 8ft by 10ft flats was installed in a car park at the University of the West of England in Bristol last month in a ‘pilot’ measure to meet growing demand for campus accommodation.

But some students are already moving out, saying it is ‘not mentally viable to live here’ as the £150 a week units fall below an ‘appropriate living standard for a human being’. Concerns include a lack of communal space and thin walls.

One of the Purbeck Court residents, history student Joe Oakes-Monger, said it is ‘quite isolating’ to live in ‘a very confined space’ and has decided to leave.

He told the BBC: ‘At the time I moved in, I was desperate for accommodation, but I was pretty appalled. I couldn’t quite believe the prospect of spending a year there.’ Jack Fifield, who writes for the student magazine, said university bosses ‘need to reduce the rent and refund students’. Other campus accommodation ranges from £111 to £183 per week. 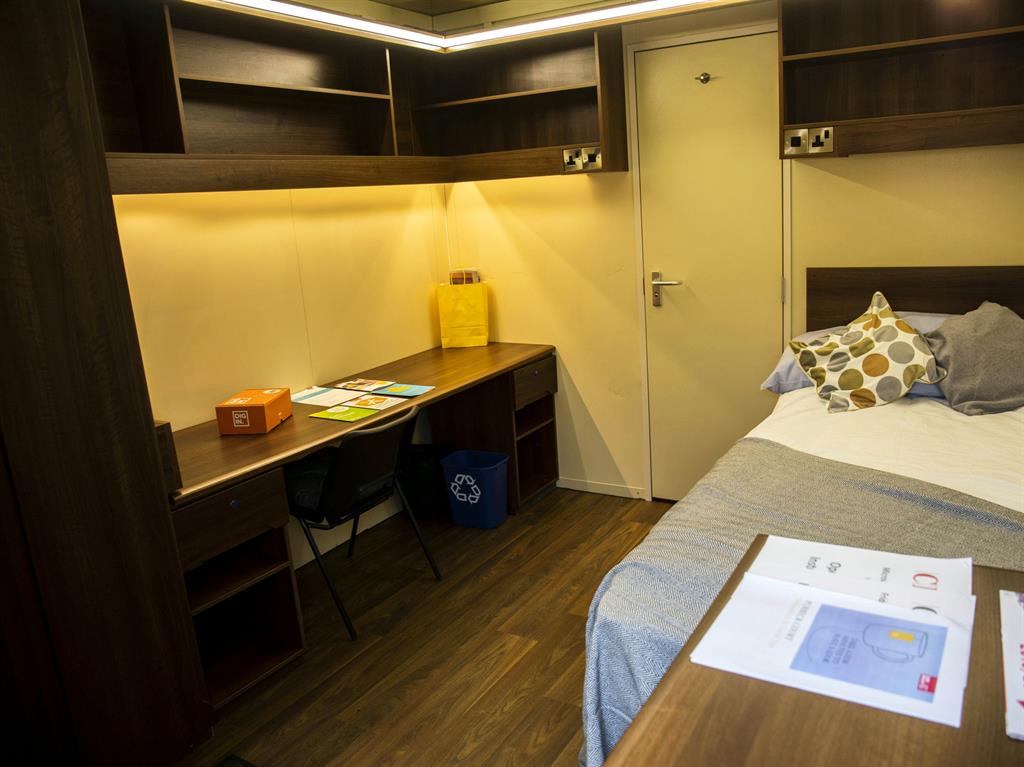 The university said the pods give students the chance to live on campus during their first year and have been ‘used successfully’ elsewhere in the UK.

A spokesman said it would ‘respond to students’ feedback’.

The university’s vice-chancellor, Steve West, has offered to meet the students living in the pods.