ENGLAND rugby fans hoping to bag tickets for the World Cup final in Japan face paying up to £12,000 a pair — if they can get there.

After the team’s heroic 19-7 semi-final victory over New Zealand on Saturday, demand for tickets to see Eddie Jones’s Lionhearts take on South Africa this Saturday has sent prices soaring.

Online resale site StubHub is offering a pair of tickets for more than £12,000 — compared with the official retail price of between £360 and £1,440.

British Airways also announced a spike in demand for flights to Tokyo -around 20 miles from where the final is being played in Yokohama — after England’s passage was sealed.

A BA spokesman said: ‘Since England’s amazing win, we’ve seen a 184 per cent surge in the number of people looking at flights to Tokyo on ba.com.

‘As it stands, we only have a tiny number of seats left on our twice-daily flights to the Japanese capital this coming week but we’re exploring a number of options to help fans get there.’ 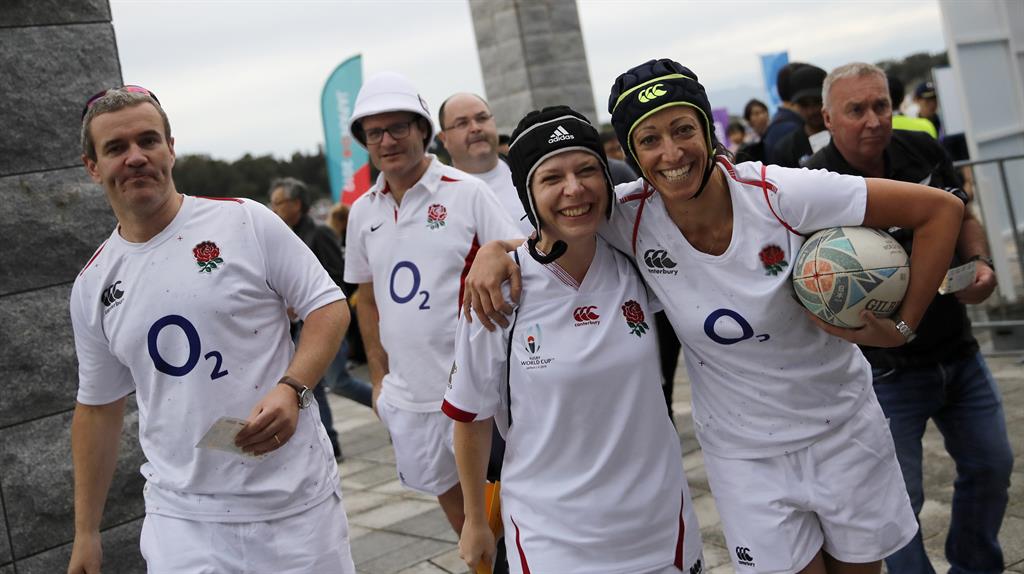 A shortage of seats on direct flights might also tempt supporters to look at making multiple stops around the globe to get to Yokohama.

England fan Mark Wood, who lives in the Vietnamese city of Hanoi, said he booked his flight to Japan moments after the team’s win — but will be travelling without a ticket for the final.

The 25-year-old former Leicester Tigers season-ticket holder said: ‘Straight away we were looking on tickets sites like Viagogo and StubHub. But they were all coming in stupidly expensive — silly money.

‘If it gets closer to the game and that’s our only option, we might be more inclined to spend that money, but we’re definitely looking for a cheaper option first. Since then we’ve been looking on Twitter, Facebook, talking to friends we know who are out there, just seeing if anyone’s got any leads on anyone selling tickets — any New Zealand fans who had them for the final or now any Wales fans, I guess, who no longer want them.

‘We’re hoping we can hopefully get some of the cheaper ones — I think they go for about 25,000 yen (£180). It would be nice just to be inside the stadium but, if we don’t manage that, then I think it’ll be the fanzone outside soaking up the atmosphere.’

Meanwhile, South Africa’s president Cyril Ramaphosa took to Twitter to poke fun at Boris Johnson before the final. He tweeted: ‘See you on Saturday BoJo @BorisJohnson when you will be watching Siya, the team and I hoist high Webb Ellis Cup.’